Baird Maritime has a review of the new Russian nuclear powered icebreaker Arctika. Its total shaft horsepower is about 80,000 (not a lot more than Polar Star’s 75,000). It open water speed of 22 knots is high for an icebreaker. The crew does seem to be remarkably small at 54 (31 less than Healy). An earlier more extensive post on these ships with some interesting comments here.

Real Clear Defense offers a suggestion of how US policy regarding the Arctic should be shaped.

While some decry an “icebreaker gap”…, the real problem is that U.S. policy in the Arctic lacks direction. The United States needs a better approach – a new cooperative arrangement with Russia to protect the environment, maintain peace in the region, and box-out China.

The Coast Guard does need more icebreakers. It does not need nearly as many as Russia. Our thinking needs to consider our access to Antarctica, which, however quiet it may be now, may not always be that way.

Naval News reports that the world’s largest icebreaker, “Arkika,” has completed sea trials. This is the first of five Project 22220 nuclear powered icebreakers.

This class is quite remarked for its number of ships, their size, their speed, their power, and for their small crew size.

These are dual displacement icebreakers designed to operate in rivers as well as the Arctic Ocean, using huge amounts of ballast water. 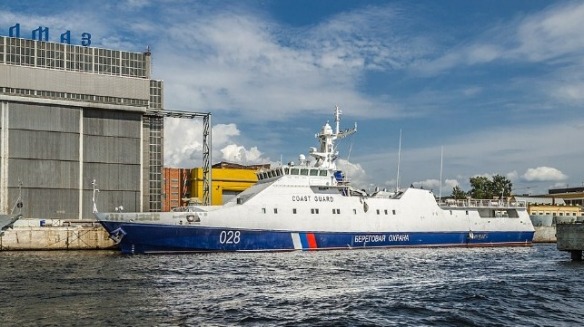 Maritime Executive passes along a TASS report of the latest round of conflicts over fisheries between Russia and North Korea. A bit more information on an earlier incident referred to in the Maritime Executive report here.

I have to think, the three Russian Coast Guardsmen were injured in a North Korean attempt to thwart a boarding.

We really have no confirmation that the vessel pictured above and in the Maritime Executive article, was the cutter or even the type involved. We do know at least one of the class is in the Pacific, and probably more. If it was this class the North Korean action was certainly foolhardy.

The Russians are planning on building 30 of these though 2020, and the program is now more than half complete. We did discuss these back in 2011 and updates were included in the comments. They are about the size of a 210, but much faster and better armed, and in some respects better equipped. Speed is reported to be 30 knots using four diesels totaling 15,440HP. They have an AK630 six barreled 30 mm gatling gun with radar and optronic fire control They also can handle a helicopter and a Russian version of the Schiebel Camcopter S-100 UAV. More on these impressive little ships here.

In any case this is a reminder that when we go into the Western Pacific, this is a very rough neighborhood, and that they take their fishing very seriously. 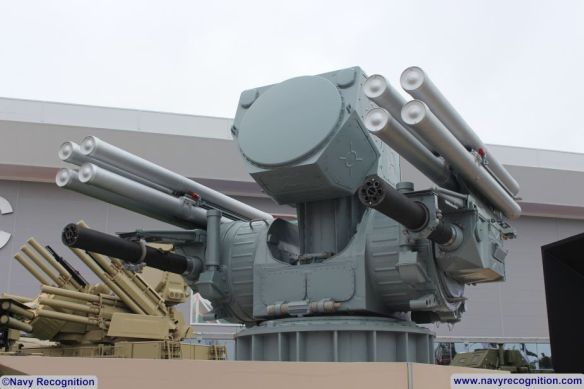 The Pantsir- M presented at Army 2017

NavyRecognition is reporting that the Russians are planning to package air defense systems in standard containers.

Specifically they refer to possible use on the project 20386 corvettes and project 22160 patrol ships. One of the two systems discussed is a missile and gun “Close In Weapon System” (CIWS) but the other system is a much longer ranged system.

This is a significant departure from the container packaged cruise missile systems we have heard about before.

The Pantsir-M CIWS (photo above) would also be effective against surface targets, at close range. In addition to the two 30mm gatling guns, the missiles may also have an anti-surface capability.

In time of war, we might see these, or something similar, on naval auxiliaries or even merchant ships as well as the naval vessels mentioned above. Encountering them on a terrorist controlled vessel is far less likely, but not impossible.

The other way to look at this is, could we do something similar, to make it easy for our icebreakers or perhaps other ships, to go from armed, to unarmed, and back again relatively easily? 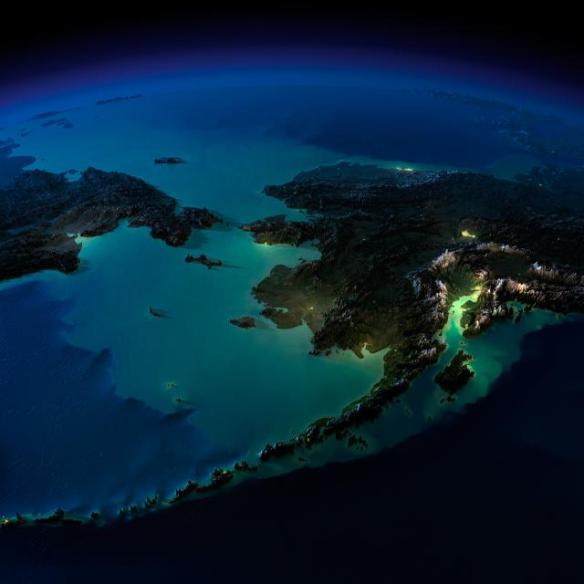 Northeast Russia and Alaska are in close proximity and the U.S. Coast Guard will interact more and more as Russian maritime activity in the Arctic grows. Photo: Shutterstock

The US Naval Institute’s August 2019 issue includes a short article, currently available on line, by a Petty Officer David W. Zenkel, USCG. I think he has a point.

US Naval Institute brings us a report on an encounter between a US cruisers, USS Chancellorsville and a Russian Udaloy class large anti-submarine vessel (destroyer).

Both are large surface combatants, with the Russian nearly as large as the cruiser. Both are gas turbine powered and about 30 years old.

Looking at the wakes of the ships, it appears to me the Russian did in fact change course to close the Chancellorsville and veered away only at the last moment. I do not see in the video the crash stop by Chancellorsville that was reported. Looks almost like they are ready to conduct a highline drill. Maybe the Russian would like to trade movies.

With Coast Guard cutters operating in the South China Sea we can probably expect that they may encounter similar behavior from the Chinese and Russians.

Two recent articles, first from the Institute for the Study of War, a discussion of how the Russians appear to be following the lead of the Chinese in the South and East China Seas by militarizing the Arctic and attempting to thwart the concept of innocent passage just as they have at the Kerch Strait connecting the Sea of Azov to the Black Sea.

Thanks to Sven for bringing this to my attention

Second, an article from the US Naval Institute discussing Chinese ambitions in the Arctic and Antarctica, “China’s Activities in the Polar Regions Cannot Go Unchecked.”

Apparently they are planning a permanent airport in Antarctica.

“Beijing claims the new airfield would support scientific research and economic tourism. But like many overseas Chinese facilities, it could be quickly, easily, and covertly repurposed for military use.”

In the Arctic, China is making,

“strategic investment in infrastructures and resources that may serve military or security as well as commercial purposes (but which often make little economic sense), and scientific research that advances both military and commercial interests.”

It appears the Chinese, in addition to their interests in the Arctic for transportation and resource exploitation, may be positioning themselves to make extensive claims in Antarctica when the current treaty system expires in 2048 or if it should be annulled earlier.

Frankly I feel we are going to see a land rush in 2048, with all the craziness that can bring.

The Washington Free Beacon is reporting that China is developing containerized cruise missiles launch systems for a land attack version of its 290 mile range YJ-18 anti-ship cruise missile which is a reverse engineered version of the Russian Klub-K cruise missile.

“China is building a long-range cruise missile fired from a shipping container that could turn Beijing’s large fleet of freighters into potential warships and commercial ports into future missile bases.”

“China operates or is building deep water ports in several strategic locations, including Bahamas, Panama, and Jamaica that could be used covertly to deploy ships carrying the YJ-18C.”

In China, every enterprise is ultimately an arm of the State, ready to do the States bidding. We have seen their fishing fleet serve as a naval militia, it is likely their merchant marine would also serve military purposes beyond simply carrying cargo. In fact they have announced that that is their intent.

A couple of reports of a nasty incident that culminated in the seizure of three Ukrainian naval vessels. This may be worth watching. It is another assault on Freedom of Navigation.